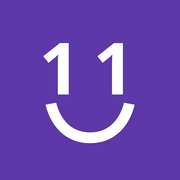 Navigate back to the homepage

I’ll be the first to admit that I’m not an expert in diversity, equity or inclusion. I’m a white, straight, cis-gendered male software engineer from Australia. I build products, fix bugs, and enjoy a good coffee.

So when I was told that saying ‘hey guys’ might make some people (women, in this case) feel excluded, frankly, I didn’t understand. “I say ‘guys’ all the time. How could it be an issue?” I told myself. People telling me what I can and can’t say? That doesn’t feel right. For years, I held the view that inclusive language was a threat to free speech.

But all it took was one podcast episode to change my perspective on inclusive language.

My late teens and early 20’s were influenced by the so-called Intellectual Dark Web - Jordan Peterson, Joe Rogan, Sam Harris and the like. For the most part, I respect them a lot and still listen to their content to this day.

Universally, this group is not in favor of “language policing”, to put it lightly. Famously, Jordan Peterson was outspoken in his opposition to Canada’s C-16 bill, which he believed to be a threat to free speech. Peterson was specifically against the idea that he would have to address people by their preferred gender pronoun (e.g. he, her, zir, etc.). In other words, he didn’t want the government forcing him to use inclusive language. Whether or not this was an accurate characterization of C-16 is another question. But the premise that one’s choice of words could be criminalized in such a way is one that I am not in favor of.

In the years following the C-16 controversy, the world appeared to split into two camps: one that was supportive of inclusive language, and one that, passionately, was not. I mostly found myself in the second camp.

That was until a few months ago when I was listening to an episode of the Front End Happy Hour podcast about inclusive language. One of the hosts said something so simple, yet so incredibly insightful, that changed my mind in an instant:

“I question people who have asked me, “Why are we doing [inclusive language]? Like, aren’t there bigger issues to solve?”. Yes, there’s always a bigger issue to solve. But this one’s pretty easy. And it’s not that offensive. All you have to do is stop doing something."

Inclusive language in the remote workplace

What is often overlooked about Jordan Peterson’s views on the subject is that he is totally on board with using inclusive language in a private context. He just doesn’t want it to be legally enforced. This is an important distinction.

If you are talking to someone, and they are uncomfortable by the words you’re using, the resultant conversation is unsatisfactory. They walk away from the encounter at best annoyed, and at worst upset. If all it took to improve your relationship with this person was more inclusive language, wouldn’t it make sense to do that?

Whether you agree or not, you cannot escape the fact that inclusion is incredibly important in the workplace. Making your team feel included at work is better for everyone and everything, including your bottom line.

Inclusion becomes even harder to cultivate in a remote environment. When you’re working from home, you communicate with your team members primarily via text chat. Slack, email and Jira tickets. Text communication is notoriously hard, something that we all now appreciate in 2020. Your words can be interpreted in wildly different ways, to the point where a productive professional relationship can collapse in a matter of seconds.

Non-inclusive language generally seems to cause a more subtle, more gradual decay of workplace relationships. If I’m the only man in a team of women, and someone in our Slack channel addresses the group with ‘hey, ladies’, I’ll probably think, “Hmm, that’s odd. Doesn’t she realize I’m in this team?”. I’ll then go about my day as normal. But if this happens every day, maybe I would start to feel like I’m invisible. Like I’m not even a part of the team. Like My work is not impressive enough to be noticed. And so on.

And the worst part is, without the person reaching out to you directly, it’s impossible to know that you’ve upset someone until it’s too late. The value of their contributions declines. They stop proposing ideas in meetings. And then, they quit their job altogether.

Additionally, Slack channels are different from physical meeting rooms. You often don’t know who is actually in a given Slack channel. You might think the channel is only comprised of males and so saying ‘hey guys’ isn’t an issue. But what if you’re mistaken? Yet another challenge for inclusion in the remote workplace.

The bottom line is this: inclusive language matters. When everyone on the team truly feels a part of the team, everybody wins. Conversations improve, productivity increases, and most importantly, people enjoy coming to work. And as more and more of our office communication moves to chat platforms like Slack, the importance of inclusive language has never been greater.

And so, I’ve stopped saying ‘hey guys’ for these reasons. And a bunch of other words and phrases. Blacklist, whitelist, psycho, crazy, disabled, the list goes on. If there’s a chance someone will feel excluded by the words I’m about to type, then I’ll choose different words.

The question then becomes, “Well, how do I know what’s inclusive or not?”. You might argue that there are so many ways someone could be offended, that it’s not a practical problem to solve. I built a Slack app to help. AllyBot will suggest inclusive alternatives to over 400 non-inclusive phrases to team members. The suggestions are private to you, giving you the opportunity to edit your message at your discretion. AllyBot is free for public Slack communities and educators (reach out to me at tom@allybot.io).

If you’re still not convinced about inclusive language, that’s okay. Thanks for reading my ramblings regardless. But next time you’re chatting on Slack, I’d ask you to stop and think, “Is someone being excluded by my choice of language?”.

Why I've stopped saying 'hey guys' (as a male in tech)