Allyship Fatigue: What It Is and How To Avoid It 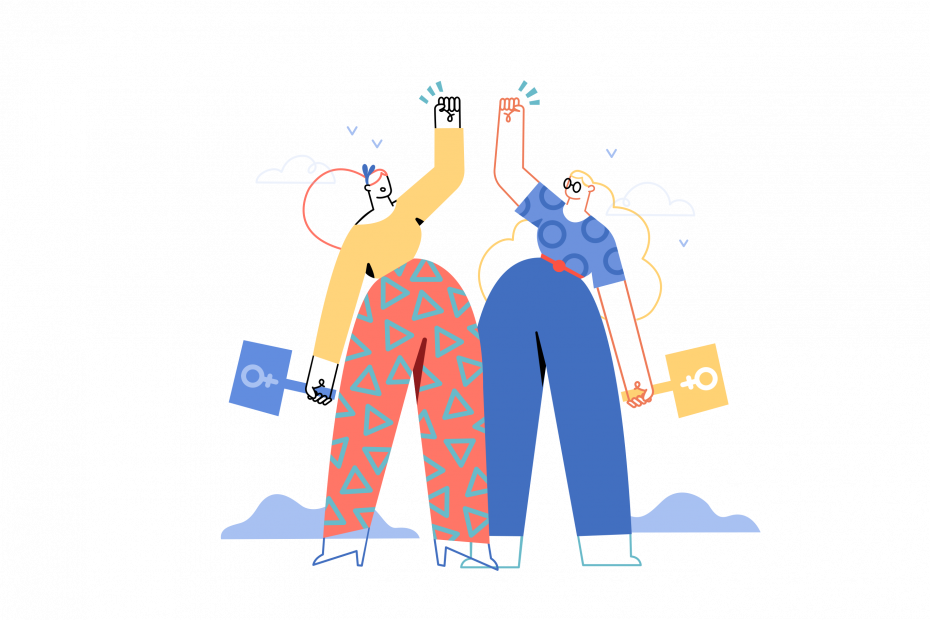 Did you know that allyship and combating exclusion can lead to fatigue?

Although many workplaces are thriving and are inclusive, people still suffer from feelings of guilt and burden. But how can we fight this?

This article will explain what allyship is, explain its importance, and break down allyship fatigue. Once you’re done reading, you’ll know how to combat allyship fatigue and use AllyBot to avoid the heavy burdens of being an ally in your workplace!

Before getting familiar with allyship fatigue, you should know what allyship is and its importance. Allyship is a concept that describes the set of actions that some people take to help people of a different race feel less underappreciated or overlooked. It helps fight racism, classicism, nationalism, and all other beliefs against the equality of all people.

Who Is an Ally?

An Ally is a person who understands their privilege and power and stands up to solve the problems of oppression and exclusion. Instead of simply posting anti-racism content on social media, allies take action to promote allyship and help marginalized people feel better through their words and gestures. They don’t want anything in return and don’t feel the need to do it because of social points. Allies usually:

The Importance of Allyship

Allyship raises consciousness and awareness of people who don’t know what it’s like to belong to a marginalized group. It helps marginalized people be more productive and happy at and outside their workplaces. Without allyship, people would still run around and make others feel bad about their race, heritage, class, etc.

What Is Allyship Fatigue?

Allyship fatigue describes the feelings of exhaustion that many allies face in their day-to-day life. They are fatigued because of the things they learn from oppressed people. Discovering the mistreatment of people due to their skin color or nationality can overwhelm some with guilt and sadness.

That’s why most allies will experience fatigue at some point in their fight against exclusion. Because of this, they may feel the need to stop supporting marginalized groups and pretend nothing is going on, only making them feel worse. Imagine knowing that black people get bullied at the workplace, but you can’t make yourself go to a protest against it.

How To Deal With Allyship Fatigue

So, how do you deal with allyship fatigue? How exactly do you avoid feeling overwhelmed while being an ally? Here are some of the ways you can do this:

Learn Your Role in the Social Change Ecosystem

Knowing your role in the social change ecosystem allows you to focus on one thing you’re good at, which we’ll discuss in the next paragraph.

Focus on One Thing You’re Good At

Being the jack of all trades is bad, even when trying to make others feel included at your workplace. For instance, if you try to heal people, bring them together, and educate others simultaneously, you’ll be facing burnout in no time. So, determine what your role is and focus on it.

Remember that if you’re focusing on one thing, it doesn’t mean you’ll be silent on other issues. If you’re an ally at your workspace, that doesn’t mean you can’t say no to a protest. Save your energy for the times you’ll need it the most, and you’ll lower your chances of experiencing allyship fatigue.

The internet is flooded with workshops, TED talks, book recommendation groups about racism, etc., making it a perfect time to educate yourself on systematic racism. Learning about LGBTQ rights, marginalized groups, etc., can get overwhelming. So, remember that you’ve got all the time in the world to learn about these topics and that you can’t do it all in one night.

Many allies fear being wrong or insulting someone with the wrong word. You have to overcome this fear and understand that the most important thing is that you’re trying to be an ally. No one is perfect, and everyone makes mistakes. Although this might sound cliche, it is true, especially when it comes to allyship.

How To Combat Allyship Fatigue With AllyBot

One of the most efficient ways of dealing with allyship fatigue is incorporating AllyBot into your Slack. This innovative app adds inclusive language to your messaging platform by checking non-inclusive words and providing alternative suggestions. This way, you’ll never have to worry about using non-inclusive language in your workplace. It works via private messaging, ensuring no one feels ashamed or called out.

To use AllyBot, simply add it to your Slack and move on with your day-to-day tasks!